10 Surprising Facts About Magic In The Middle Ages

The Middle Ages are an enduring staple of our popular culture; many films, books, and television series draw on the medieval period as a backdrop for their plots and characters. These fictional works often represent a view of magic in medieval Europe that lacks the fascinating (and often bewildering) complexity of beliefs medieval people held.

10. Belief Was Considered A Pagan Superstition 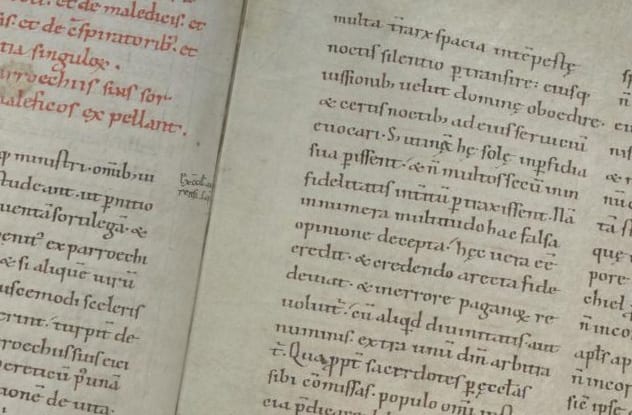 In the early Middle Ages, it was not respectable to admit to a belief in magic. St. Augustine, an influential late antique theologian, denied that demons could grant people magical powers, allowing only that they could deceive people into thinking they had magical powers. This line of thought was followed by most early medieval legal and theological writing.

A Carolingian capitulary issued for the newly conquered (and newly Christianized) region of Saxony forbids killing a woman on suspicion of witchcraft on penalty of death, describing the crime as something done, “in the pagan manner.” The 10th-century text the Canon Episcopi instructs priests to preach to their flocks that the “phantasms” sent by the devil are false.

9. Sailors From A Realm Of Clouds Would Steal Crops 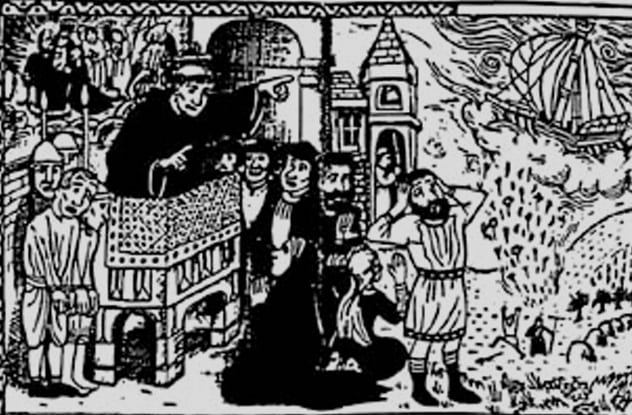 Of course, church condemnation doesn’t mean people stop believing. Around the same time as the Capitulary for Saxony was written, the Bishop of Lyons, Agobard, composed a treatise denouncing belief in magic. In the process, he tells us a lot about what people actually believed.

Agobard mentions that it was thought that weather mages could raise storms — and, most remarkably, sailors from the land of clouds sailed the sky and stole crops in collaboration with these weather mages. Although he does not mention crop stealing, Gervise of Tillsbury repeats stories about aerial sailors, including one who “drowns” in the earthly atmosphere almost 400 years after Agobrad. A possible explanation for the commonness of these stories is the phenomenon of the superior mirage, which can fool the eye into thinking there are indeed ships in the air. 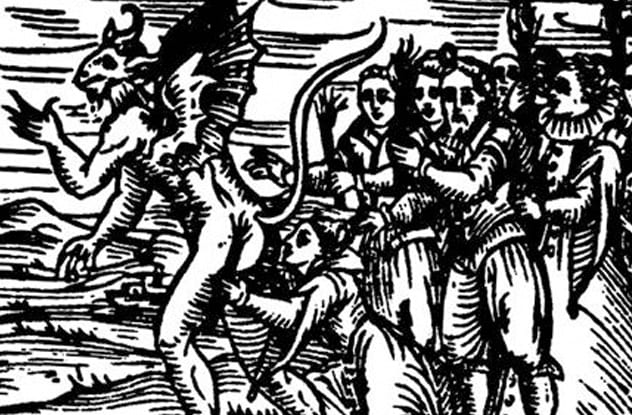 While early medieval authorities were skeptical of the reality of magic, changing philosophical and theological opinions meant that by the 14th century, magic was considered a crime. However, these medieval witchcraft trials were different from the mass hysteria around witches that consumed the 16th and 17th centuries. There were very few cases where large numbers of unrelated people were tried at once.

The vast majority of witchcraft trials involved a single defendant or occasionally a small group. In cases were a group was tried, there was usually a relationship connecting them all, like belonging to the same household (servants being charged along with their masters or mistresses seems to be a common combination) or being political conspirators. The one exception is Philip the Fair’s mass executions during the suppression of the Templar order. 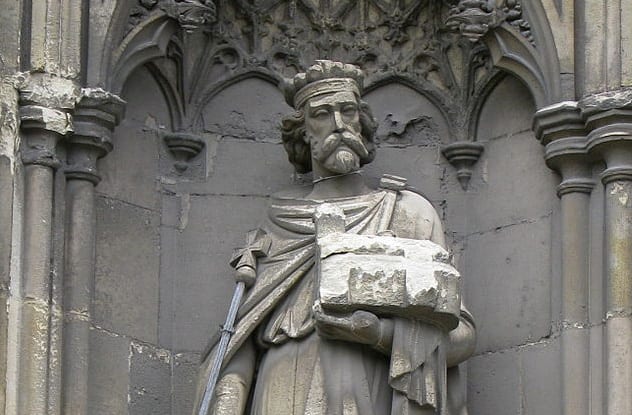 The popular image of the medieval witch hunt would not be complete without an accompanying priest or monk to signify the supposed role of the church in the persecution of suspected witches. But sometimes, clergy themselves practiced magic, particularly forms that required learning and access to written materials.

The monks of St. Augustine’s in Canterbury kept 30 magic books in their library. The texts gave information on the rituals needed to summon spirits. Priests, particularly rural parish priests, might also be called upon to perform rituals that mixed magic with orthodox rites. A 12th-century English ritual to make fields fertile involved sprinkling clumps of earth with milk, honey, oil, herbs, and holy water, reciting passages from the Bible, and saying four Masses over them.

6. Not All Magic Was Serious 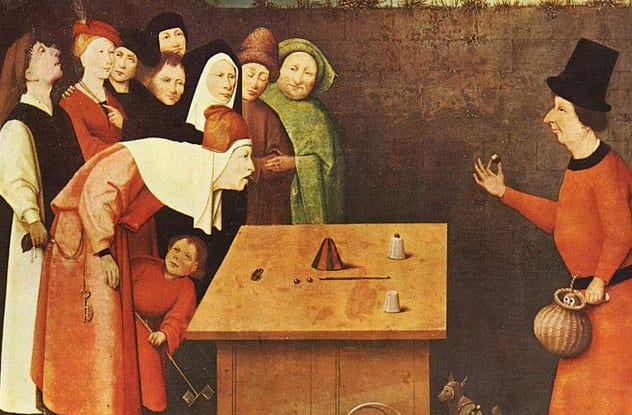 Medieval people also enjoyed that staple of Las Vegas stage and child’s birthday parties: sleight of height and magic tricks. A 14th-century book with the lofty title Secretum Philosphorum is mainly devoted not to the weighty matters of the Queen of the Sciences but to fun little experiments and tricks. One section instructs the reader on how to use invisible ink to play pranks on their friends, make an object appear to turn by itself, and escape after having their hands tied behind their back.

5. The Norse Were More Suspicious Of Male Magicians 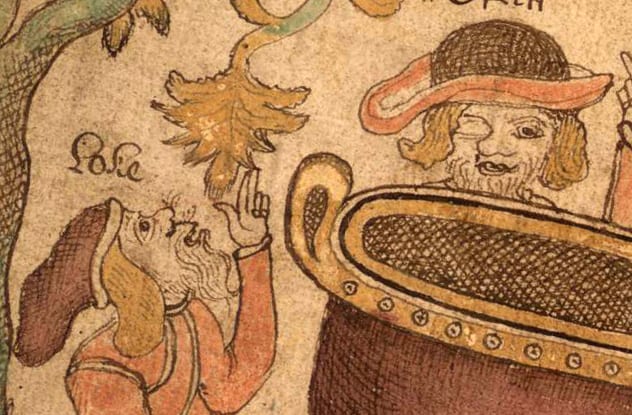 Temporarily turning away from medieval Christendom, we look to pre-conversion Scandinavia. While the Norse considered respectable for a man some things we would recognize as magic, like using runes or poetry to supernatural affect, they saw seidr as a woman’s domain. Men who practiced seidr were considered to have demeaned themselves.

In the sagas, male characters who practice seidr are portrayed in negative terms, and the texts comment on their unmanliness. Despite this, the chief god Odin is explicitly identified with seidr. But even Odin could not avoid being mocked, for Loki denounces him for it. This is in contrast to the respect paid to women practitioners when they appear in the sagas, as shown by the ritualistic and reverent welcoming of Thorbjorg in Eirik the Red’s Saga, “when she entered, all men thought it their duty to offer her becoming greetings.” 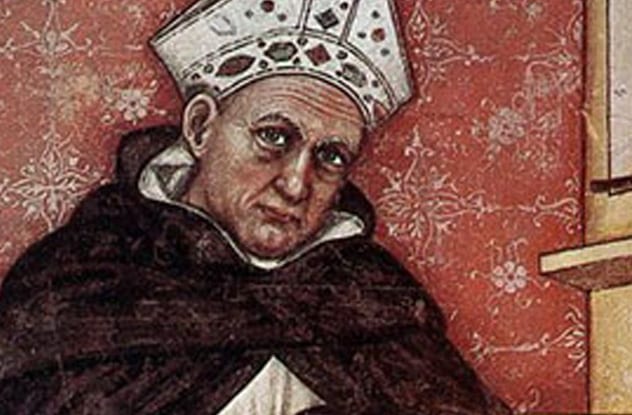 In the High and Late Middle Ages, ideas such as astrology were part of respectable intellectual discourse. As an example, Albertus Magnus, who was one of the leading theologians in medieval Europe and wrote widely on natural philosophy, believed that stones had special curative powers and astrology was a genuine predictive science.

Many medieval royal and noble courts patronized astrologers and alchemists and even consulted the stargazers about important political decisions.

3. Most Witchcraft Trials Were Carried Out By Secular Courts 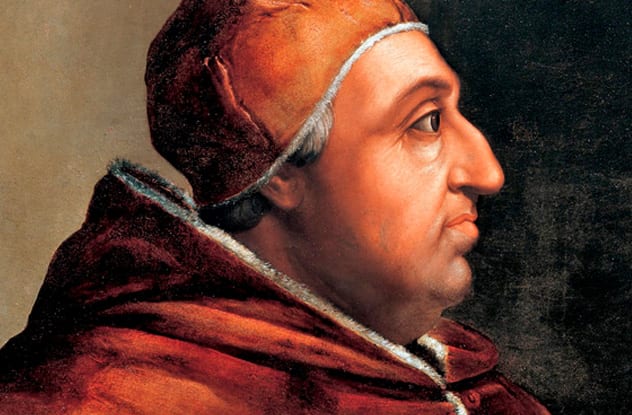 We often assume that the Inquisition, the body of clergy authorized to combat heretics, played a leading role in witchcraft trials. Although some Inquisitors pursued suspected witches, most witchcraft trials were carried out by the secular authorities.

According to a survey of records of English witch trials, not only were most carried out by the government, but the alleged magic use was to carry out another crime like murder or treason. In 1258, Pope Alexander VI decreed that Inquisitors should not involve themselves in witchcraft cases unless there was a clear element of heretical thought. (However, authors of inquisitorial handbooks, like Bernard Gui, continued to advise inquisitors about how to question and prosecute sorcerers.)

2. The 15th Century Started The Panic Around Witchcraft 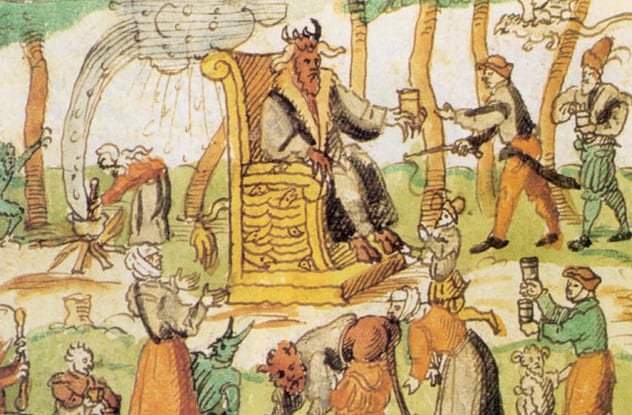 The 15th century is critical in the history of witchcraft because it laid much of the intellectual foundation for the mass witch hysteria of the early modern period. It also marks a critical departure in legal practice from earlier medieval witch trials. There was a new focus on the alleged nature of the demonic pact that supposedly underlay all sorcery, as opposed to trials focusing on magic as the means by which another crime was committed.

It is in the early 15th century that the notion of the witches’ Sabbath, wherein witches gathered to commune with the devil, became both widely acknowledged as fact and a key element of witchcraft prosecutions. The stories about witches’ Sabbaths may have spread particularly quickly as a result of their strongly sensationalistic and prurient character.

1. The Author Of The Malleus Maleficarum Was Unsuccessful In Convicting Witches 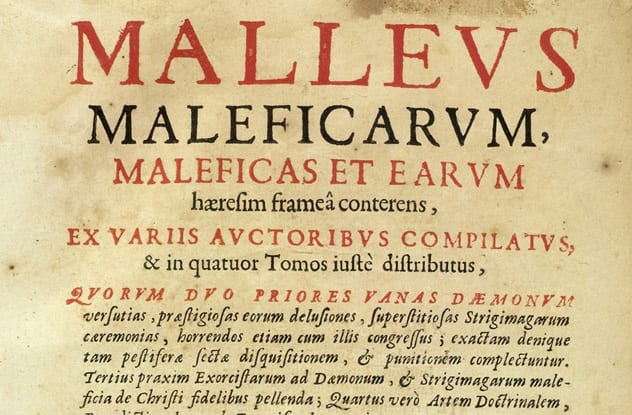 Possibly the most famous medieval text on magic, the Malleus Maleficarum was written in the 1480s as a practical guide for conducting your own witch hunts but also to justify its primary author, Heinrich Kramer, and his ideas about magic. Kramer was a member of the Dominican order and an inquisitor active in Germany in the late 15th century. Prior to writing the Malleus Maleficarum, Kramer tried to prosecute suspected witches but provoked outrage from the local citizenry.

Between 1482 and 1484, Kramer was stymied by local churchmen, who objected to his questioning local women about their sex lives in the course of his inquisition. Kramer sought to confirm the authority of inquisitors to investigate witchcraft, and the pope backed him. Even armed with this, he made little headway.

Initially, the Bishop of Innsbruck, Golser, acceded to Kramer. However, Kramer’s heavy-handedness caused the bishop and the local archduke to intervene. Bishop Golser halted the trial and ordered all the suspects to be released. It was only after this failure that Kramer wrote the Malleus, justifying his methods and exaggerating his own successes in witch-hunting.

10 Surprising Facts About Magic In The Middle Ages

Which is more accurate, numerology or astrology?

Which is more accurate, numerology or astrology?

Justin Bieber Leaves Fan With A Bloody Lip After Punching Him

Justin Bieber Leaves Fan With A Bloody Lip After Punching Him